The Cammies have moved. We now have our own space, and we decided to start with a heartfelt message and picture of us together for once.
http://cammiesonthefloor.com/
Come on over and visit, stay, subscribe, and enjoy!
This will be the last post on this website. Thank you for your support!
Posted by cammies on the floor at 5:34 PM 2 comments:

***Cammies: Exhausted from partying at strip club the night before with just two hours sleep, I warned my friend, when he expressed the desire to drink with my lover, that he had until a certain time and then I was going to bed. Lover couldn't be partying with us the night before due to work.

Fighting off a migraine, which is rarely suffered, wasn't helping matters in staying up. Yes, I wanted lover to drink and have fun with us, but I wanted sleep a little bit more that night.

A pain and migraine pill were my poison of choice that night, hoping it would dull my thunderous head to tolerable. The men drank hard liquor, and immediately in large quantities. Friend, in knowing my time constraints, pushed lover to drink faster, as if we could squeeze a whole night of fun into just a few hours.  We played cards, and then relaxed on the couch.

Time was up, but I looked at the men and neither one seemed inclined to move. They were relaxed and talking and drinking. I still wanted bed, selfishly still wanted sex, so I straddled my lover and kissed him.

It never ceases to amaze me how the world slows and dissolves from just a deep kiss. My head was silent for once that day (or was it the finally the medicine doing a phenomenal job?).

The friend was sitting next to us on the couch, and he remarked that lover should grab my ass and pull me in deeper to the embrace, to which lover did. I was amused by the instructions. I moved to lover's neck, my head unhappy with the movement and briefly opening eyes. Friend gave further instructions, and next thing I felt were nails being raked up my thigh, eliciting a moan from me. I pulled lover's shirt off, caught up in my own passion, and began kissing his chest.

My own shirt quickly disappeared, as did friend's. Making out with lover, with friend's hands occasionally on us, or his voice directing, intrigued me. Like Alice curious - I wanted to follow the rabbit down the hole and see where it went.

I suggested, finally, going to bed. Friend stated that he was going to the guest room to get a few things and would meet us there, pausing to ask: "is that okay?"

I looked at lover, who looked back at me, and I'm sure we had the same questions of: where is this going, and was the other person comfortable with this. This was new territory to our relationship, and new elements we usually discussed at length before pursuing.

I shrugged, and he must've given a positive consent as friend went into room. He grabbed me in a hug and whispered, "what are we doing?" His tone was negative, and that puzzled me in my foggy brain.

"I don't know. We can always say stop or no later," I whispered back, trying to lead him to the bed, still curious about this journey.

"Okay, but no sex." He followed behind.

***Friend: My drink was strong, I could taste the alcohol starting from my lips all the way down to center of my core. Feeling more at ease to let the night progress to brand new, fulfilling experiences. It was already late when all three of us finally sat down together. I could feel the sexual tension building up, to what turned out to be a night that would open our eyes, and see world in a whole new yet very pleasurable way.

I could not hold the urge in much longer. I wanted to feel her body against mine, feel the heat radiate off her smooth silk-like skin. As I looked into her eyes, it was almost instant, that she could sense the same urge. However, I was afraid that she would not make the first move, and wondering if this was going to progress into anything more than a blue balls night. With less than a blink of eye, she stormed his body like hot, soapy water attacks the stains of a sauce pan. All I could do at first was sit back and watch, letting them tear into each other with their mouths, waiting for my moment to take action. I found my opportunity - it started simply moving his hands around her body, guiding them to touch her amazing body, giving it the attention that it deserves.

***Lover: I felt taken advantage of, pretty much the entire time. I get home for work and he immediately thrusts a drink into my hands, encouraging me to drink more, or faster, or get another. She immediately was on me, kissing and touching me. I didn't know that she had medicated herself, just knew that she wasn't drinking and clearly the sober one.

She was undoubtedly okay with this. Did they have the whole thing planned? It was awkward at first when he took my hands and moved them to parts of her body on the couch. I knew what she enjoyed, but it was good when she liked some other things that he said.


When he went to his room, I looked down and asked what we were doing, what was going on. I didn't know our limits, I didn't know if she was okay with this, where she wanted it to go. 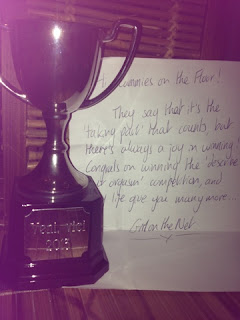 I received my trophy and a lovely written note from the admirable GirlontheNet,
for my contribution to "Describe your Orgasm".
Having never won anything, I'm quite pleased with myself and ecstatic over the honor.
Posted by cammies on the floor at 7:46 PM 4 comments:

M's monthly: To be honest, this summer has been a little chaotic and so full of activities and exploration, it's been a challenge to read. However, two postings still stand out in my mind.

From the simple moments enjoyed, to the journey to each other, so beautiful.
"unto a canvas
my hands curl towards you, like vines" A Sweet Lust: Us, the puzzle


I had some crazy dreams while ovulating one night. Woke up wet repeatedly, disappointed that it was only dreams. AFirmHandsoftheHeart published this a day after, and I couldn't have more connection to it at the time:  afirmhandsoftheart: Another Day

Oh, and sis and I took photos together for a very special cause. Yeah, can't wait for that.

Posted by cammies on the floor at 11:40 AM No comments:

Email ThisBlogThis!Share to TwitterShare to FacebookShare to Pinterest
Labels: review 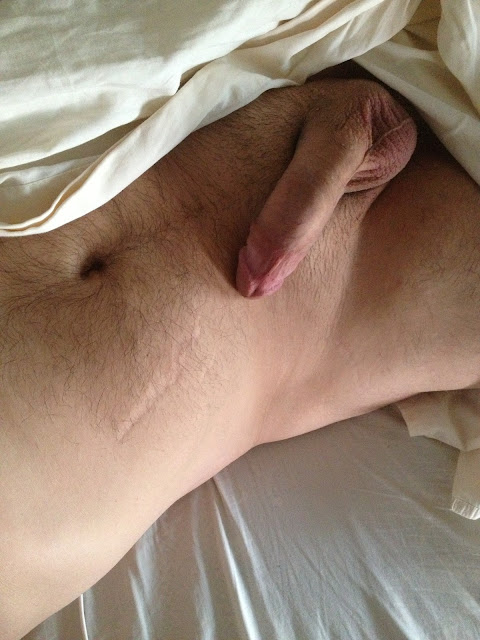 The things no one tells you...

I'm pretty experienced. I've always loved to experiment and I've been through it all, almost. Anything I haven't done though, is usually covered by other bloggers, just waiting for my inquiring mind. This is great because it gives you confidence going into it...

But it seems, there's always some things people never talk about.... the "not as pretty" realities of sex.

First thing no one told me:

The delayed downpour:
So just got done with a steamy romp with a partner you trust enough to be condom free huh? Being handed a towel to clean up is awesome and courteous and a quick wipe down and you're good...
But then you STAND up. About 15 seconds later the flood comes and you're waddling as quickly as
you can to the ladies, hoping it doesn't reach your ankles before you get there.

Lesson number 2: no, you AREN'T a gymnast.
Think the kamasutra has nothing on you, huh? Sure, you can get into all of those positions with ease...
Ever think to stretch first? I've learned now if I want crazy sex I need to sneak away to stretch first after a harrowing incident in which my hip popped out and I had to punch my partner to get him off because the pain was blinding.
Moral: limber up.

Lesson 5: fishing in the dark
So you just got done with your sexy romp. You're both sweaty, sated, and enjoying those last few moments connected. But don't wait too long! As his body goes back to normal, your body might decide to keep a rubbery memento... once the condom gets stuck inside the game of paper, rock, scissors over who has to fish out the party favor is always awkward!
Sex is awesome, but there are some awkward, messy, weird and crazy things that go along with it.

Comment and tell me some of your pro tips.

Also, see who is talking dirty, and probably more of the pleasant kind...

I find you irresistible,
even through the blur of my tears
A dark shadow of a man
whose hands bruise
whose lips heal
Dominates
my thoughts, my passion, my body
You read me
my short breaths
my long moans
clenched muscles
You provide pain and pleasure
fulfill a dream
a fantasy
whispered secrets
Touch my skin, mark me yours
with your cock
fingertips
daring tongue
Test my limits, find my walls
From the inside
Posted by cammies on the floor at 8:58 AM 7 comments: